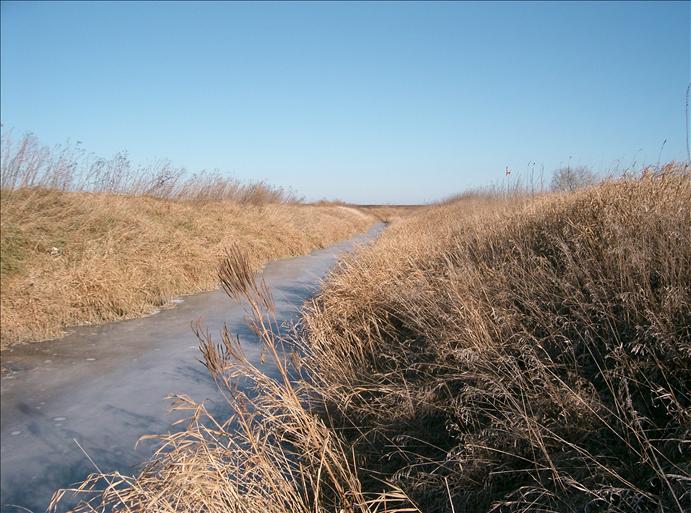 The original desilting basin at Lake Allie, in Renville County, Minnesota, was dug in the late 1970’s, and cleaned several times since.  It would have been too costly to clean again, and was full of sediment.  In February 2007, the Lake Allie Lake Association met with Chuck Eberhard and Corey Henke of the Buffalo Creek Watershed District to discuss the possibility of a new desilting basin on the county ditch that feeds Lake Allie.  The BCWD had just been awarded a Clean Water Legacy Grant, so the board approved the project and the Lake Allie Desilting Basin Project was born.  The land had to be acquired from the landowner (Richard Hoverstein) before the project could begin.  In late November the land was purchased and in December the earth work began.

The Basin was completed in late December, moving almost 10,000 yards of dirt.  In Spring of 2008, the final shaping of the banks was done.  The banks were hydro-seeded by Renville County, and a 1-rod buffer was seeded.  Due to major ditch cleaning upstream, the Basin was scheduled for a 2009-2010 cleanout.